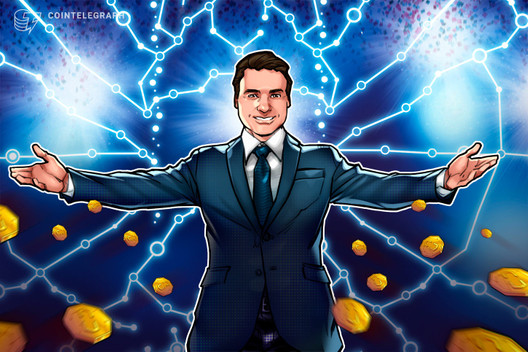 Amid protests, rioting and general uncertainty, mainstream markets have posted positive numbers, seemingly contrasting the state of the U.S.

“Yes there are protests, there are all these things, but the bigger force is the fact that now all these businesses are opening up,” Pompliano said in a June 2 episode of “Lunch Money” on his YouTube channel. “There’s going to be more economic activity and there should be a recovery in that data.”

After weeks of shelter-in-place orders and COVID-19 protection measures, many U.S. states are currently in the process of setting parameters for reopening businesses, public services and the like.

Over the past several days, however, protestors, rioters and everything in between have travelled the streets of many cities, expressing their disagreement with the police-related deaths of numerous citizens.

The economy “fell off a cliff in terms of economic output because we’ve sent everyone inside for 10 weeks,” Pompliano explained. “Now all of a sudden we’re starting to reopen the economy,” he added, leading into his comment on the larger force at play among the market moves.

In the midst of the unrest, Bitcoin has ultimately travelled sideways in price, most recently seeing a large spike on June 1, followed by a massive drop on June 2.

Elaborating on a comment from CNBC’s Jim Cramer, in which Cramer noted the stock market’s lack of conscience, Pompliano explained the market has no emotion. People can be emotional in their investing and trading, but the market itself has no feelings.

“What’s happening right now is people are speculating on the economy’s reopening,” Pompliano said in relation to the upward moving market.

“They’re speculating that there’s going to be future recovery. You see all the stocks rallying. Then as the price rallies like we’ve seen, everyone starts to FOMO in and buy more and more and more, and it pushes the prices up higher. Plus, you layer in all the federal reserve printing of money.”

Several recent indications also show increasing interest in the crypto space. Paul Tudor Jones, for example, publicized adding crypto to his holdings about a month ago.

TA: Ethereum Stuck Below $410, Why It Could Correct Sharply Below $400

Besides Coinbase, what are other platforms I can purchase Bitcoin?