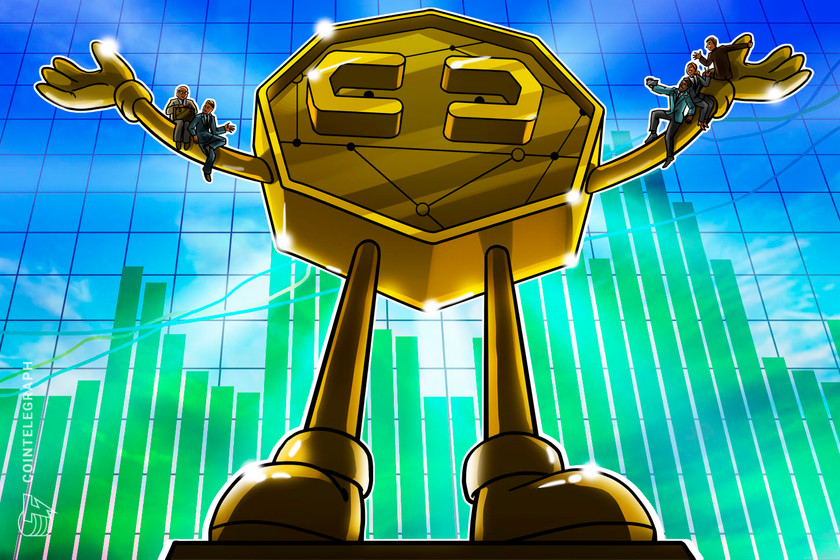 21Shares, a Switzerland-based provider of cryptocurrency exchange-traded products, or ETPs, has recorded a 100% growth in assets under management over the past two weeks.

The company announced Monday that 21Shares has passed the $1 billion mark in AUM across its diversified 12 crypto asset ETPs. 21Shares CEO Hany Rashwan said that the company has seen a meteoric rise in its crypto ETP products recently, doubling AUM in less than two weeks. The company previously announced that 21Shares broke $500 million in AUM on Feb. 8.

According to the announcement, the massive surge in 21Shares’ crypto ETP business is mainly attributed to the rapid adoption of crypto by institutional investors as well as the products’ availability on regulated European exchanges.

Rashwan said that institutional investors are able to invest in 21Shares’ crypto ETPs by using the International Securities Identification Number, or ISIN, which is a global standard used to identify specific securities such as bonds, stocks, derivatives, and others:

“With such institutional demand wanting to gain exposure to crypto via an ISIN, it took us less than two weeks from announcing $500 million in AUM to now exceeding $1 billion. It is rapidly becoming judicious for many wealth managers, private banks, family offices and individuals to allocate to crypto assets.”

According to a product break down chart in the announcement, the biggest part of 21Shares’ total AUM came from 21Shares Binance BNB ETP (ABNB) — an ETP tracking the investment results of Binance Coin (BNB). BNB’s dominant share in the total AUM comes amid Binance Coin’s recent surge, which saw it become the world’s third-largest cryptocurrency on Feb. 19.

As of Feb. 18, ABNB was apparently still behind 21Shares Bitcoin ETP, or ABTC, with AUM amounting to around $214 milion, while ABTC AUM stood at $272 million, according to official records on the 21Shares website.

Coinbase has held Bitcoin on its balance sheets since 2012