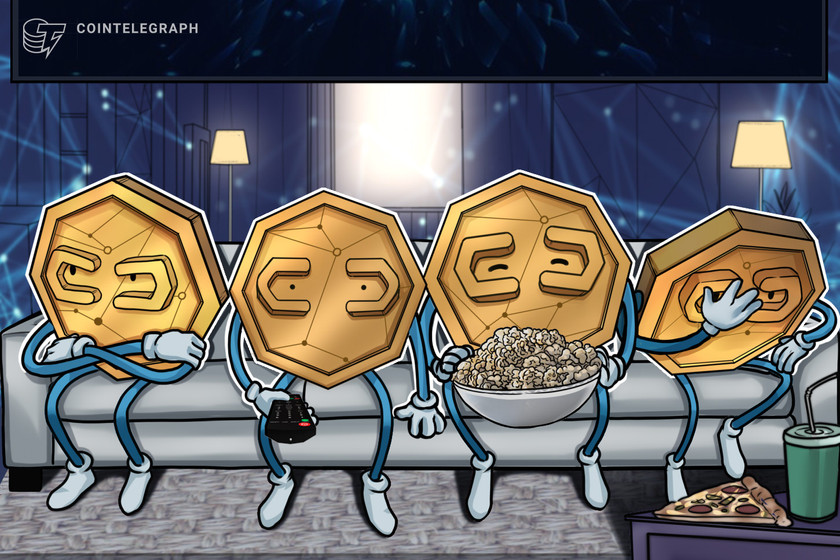 The platform will host the sale of tokens depicting historic moments in sport, politics, and fashion.

The platform is backed by industry giants from the world of journalism, sport, and music including TIME, Universal Music Group, Warner Music Group, Wasserman, and Endeavor.

We.new will host auctions and direct sales of Ethereum-powered NFTs. Tokens sold in multiple editions on We.new will use Polygon (MATIC) for layer-2 scaling.

Beeple, the highest paid NFT artist so far, said that NFTs represented a new paradigm in how the public can celebrate remarkable achievements.

“They give people a way to meaningfully engage with the memories and moments that matter to them — maybe even inspired them or shaped who they are in some way. We.new exists to facilitate and make concrete these once-abstract connections.”

very excited to announce the launch of https://t.co/K0TMwMJWwZ !!!

this is a new project we've been working on centered around giving people the opportunity to collect iconic moments in music, sports, comedy, history, etc. on the blockchain. pic.twitter.com/WqhkFwLFBo

NFTs sold on We.new will also offer opportunities to secure real-world artifacts and unique experiences — including physical sculptures, and opportunities for meet and greets with artists and athletes.

Wenew will host its first auction from July 2 -5, offering tokenized images celebrating tennis star Andy Murray’s 2013 Wimbledon Grand Slam victory. The highest bidder will also get to play a game of tennis with Murray in real life, and two tickets to the 2022 men’s Wimbledon finals.

As the NFT boom began bubbling last year, Beeple emerged as a pioneer of the form.

In February, Beeple auctioned his Crossroad NFT for $6.6 million alongside a looped museum-quality video which can be hosted in an art gallery or displayed at home. The success of the auction was followed up in March with the sale of Beeple’s piece Everydays: the First 5000 Days which raised a record-breaking $69 million through the prestigious auction house, Christie’s.

Binance to shut down crypto derivatives trading in Europe