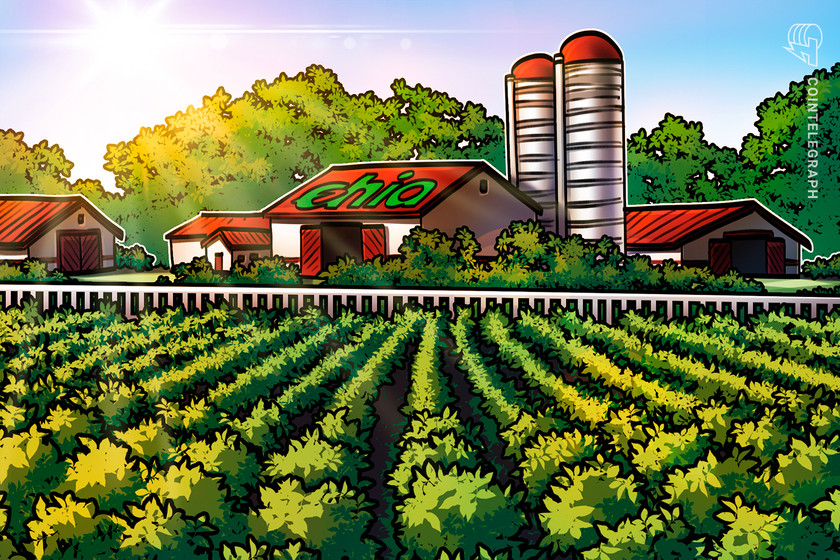 A guide to Chia Network: farming, building a rig, the hard drive deficit and the future of the project.

Chia Network recently entered the cryptocurrency scene and has quickly piqued the interest of many miners and investors. There are several reasons for this: First, the Chia blockchain operates using a novel proof-of-space-and-time (PoST) protocol, which means that proof of the space used and time spent on the task is required to farm the cryptocurrency.

Second, according to the creators of the currency, Chia (XCH) is an environmentally friendly coin and is not mined, rather it’s farmed, with the protocol needing low energy to generate new coins.

In the case of Chia, an unused hard disc drive (HDD) or a solid-state drive (SSD) storage space can be replaced with hashing power. Krzysztof Pietrzak, who also worked on the PoST protocol, said the original model behind Chia was flawed. Hoffman added, “That started off a back-and-forth of Bram coming up with potential solutions and Krzysztof proving them wrong until Bram proposed one that — as Krzysztof attempted to mathematically prove wrong — proved right.”

What is Chia Network?

The main selling point of Chia farming is that participants don’t need to use powerful GPUs and processors, which are needed to mine Bitcoin (BTC). Chia can be farmed with an HDD or an SSD, which is an attractive proposition for those unable to afford the latest, greatest video cards. Hoffman explained:

“It was totally designed from the ground up to be as or more secure than proof of work and far more decentralized while using 1000 to 10,000 times less power per unit of security.”

To farm Chia, you can start with just a personal computer or laptop of any kind. All you need is a processor with a clock speed of 1.5 GHz, 2 GB of RAM, and a 1 TB SSD or HDD.

Next, users need to download the “Chia Blockchain” client from the project’s official website or directly from GitHub. Then you create a wallet and save a private key, after which you can start the farming process by clicking the “Create Plot” button. Farming one block gives a reward of 64 Chia tokens. And the speed of farming depends on the disk storage capacity used.

It is worth noting that for now, only individual users can farm hia. Each individual farmer creates blocks — i.e., there is no need to join a pool to receive coins. According to the developers, this ensures that Chia Network is decentralized. However, the project team is currently working on creating an official pool protocol that will be released soon. Regarding the upcoming release, Hoffman stated:

“It is impossible for a farmer to cheat. Pools can only cheat by not paying out the agreed amount and a farmer can leave a pool in thirty minutes if they think they’re being cheated. Further, unlike nearly every other cryptocurrency with pooling, the pools do not make the blocks — each individual farmer makes the blocks. That means it remains far more decentralized, on top of the Chia blockchain being the largest ever blockchain by public node count.”

If you don’t have hardware and just want to buy Chia, this can be done through several crypto exchanges. You should keep in mind that in order to buy Chia, you first need to purchase a stablecoin, such as Tether (USDT), or Bitcoin and then exchange it for Chia.

How to build a Chia farm

Now, the main question is how to create a Chia farm and how to choose the best components for a rig to maximize profitability. Thankfully, the process is fairly simple and resembles building a specialized home computer.

Any processor with four cores — like Intel’s Core i3, Core i5 or Core i7, or their AMD equivalents – are suitable for mining Chia. A good choice would be the Intel Core i5-11400 or Core i5-10400, which can be purchased for around $150 to $170. For even better productivity, it is advised to choose a processor with an integrated graphics card, since one slot can be used to connect additional storage.

The main piece of hardware required to farm the Chia token is the storage drives, which can be either SSDs or HDDs that support a SATA III interface. To farm XCH, it will be acceptable to use just the SSDs; however, it’s better to use a combination of SSDs and HDDs, since SSDs speed up the graphic process, while HDDs are better at storing the graphs.

Overall, you need at least 300 GB of storage capacity, but it’s beneficial to have more. For example, 2 TB will be enough for the simultaneous generation of six graphs, while 10 graphs will require the purchase of a more spacious SSD or even several such devices. It is better to use high-speed SSDs that work through the M.2 slot. Farmers will need to find models with a high terabytes-written (TBW) capacity, and it is also better to have several external hard drives, as they are easier to interchange.

As for the prices, there are a lot of HDDs and SDDs on the market, and they are not expensive. For example, a 1 TB Western Digital Purple HDD typically goes for around $50. When choosing an SSD, it is worth remembering that at least 15% of the disc space should be left free in order to increase its durability and allow the drive to work properly. This will eliminate most problems with speed drops during operations.

Hoffman also drew attention to the fact that those who buy equipment specifically for Chia farming often rely on used equipment:

“For people buying specialized Chia growing equipment, the first choice is recycled discs or used storage because the price is lower and they are suitable for Chia farming where no user data is stored. When people were in a rush to buy specialized hardware, they opted for high-capacity hard drives because they consume less power per TB and storage density. There are farmers using SATA, SAS and USB drives and we see a good mix of all.”

Preferably, the motherboard should support SATA III and USB 3.0 ports. The same goes for PCI-e ports, which should be version 3.0 and higher. Having more ports means that more drives can be used as part of the system. The board must have a network controller capable of 1,000 Mbps, and two network ports would be an advantage. Of course, the faster the internet connection, the better. An unlimited wired internet connection of 100 Mbps and above is the best choice. Here, there is also a great variety of options at a range of various prices. A SuperMicro X9DR3_i-LN4F+, for example, is available to purchase for around $115.

Since SSDs and HDDs require little power consumption, power of up to 500 watts is sufficient. Of course, a 750-watt box can also be used, but it is currently necessary. However, it is important to choose a power supply that has multiple SATA, Mole and PCI connectors for connecting additional drives. Such power supplies shouldn’t cost you more than $40.

The minimum amount of RAM needed for Chia farming is 2 GB, but it’s recommended to use 4–8 GB of RAM. However, this ultimately makes no difference in how productive the farm will be.

A farming stand with several disks can be built independently inside a large PC case. It is enough to remove the GPU card from the set up (if the processor has an integrated video chip) and install as many disks with SATA III ports as possible into the corresponding connectors on the board.

The future of Chia Network

Chia Network is a relatively new project, but its popularity has already led to a deficit of HDDs and SDDs in some parts of the world. The two largest manufacturers of hard drives, Western Digital and Seagate, have reported increased demand for their products. This may inevitably lead to a rise in the costs of farming XCH.

Another issue is how fragile the drives are proving to be when mining Chia. At the end of May, German cloud storage provider Hetzner banned users from farming Chia on its servers. The company claimed that the load on its equipment had increased significantly and that its hard drives had failed due to Chia farming.

One report even claimed that Chia farming can kill a 512 GB SSD in less than two months and a 1 TB drive in less than three months. Under normal conditions, a disk can work for up to five years.

But according to Chia Network developers, a solution to the problem is being developed. They have said that most in the Chia community are using preowned SSDs purchased from data centers, and the company is working with many of the leading storage vendors to create specialized products for Chia.

Even if users decide to farm Chia and deal with the issue of having to periodically replace disks, it all boils down to the price of the Chia coin itself to determine how profitable the endeavor could be. After the launch of its mainnet in early May, XCH price soared to around $1,600 but collapsed to $230 by the end of June.

Nevertheless, at the end of May, the Chia Network company was valued at half a billion dollars, managing to raise $61 million in its previous round of funding.