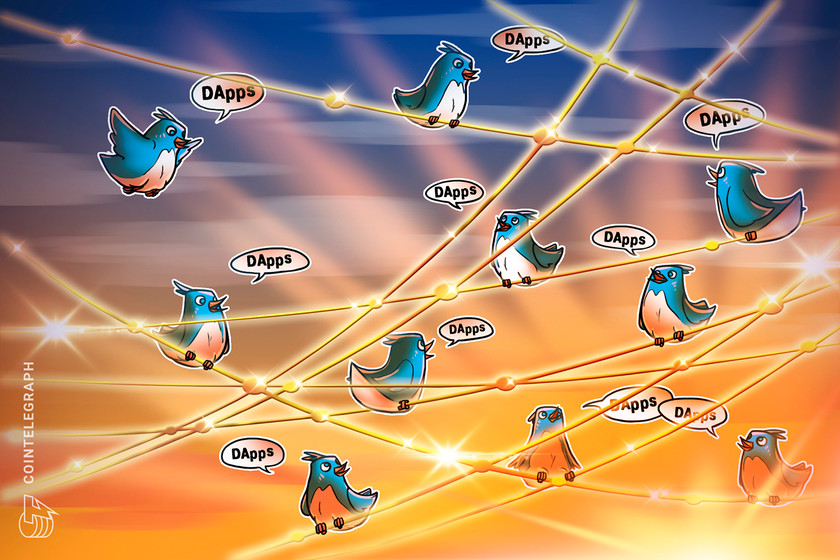 “We’ll be working to figure out what crypto can do for Twitter, as well as what Twitter can do for crypto,” said team lead Tess Rinearson.

Social media giant Twitter is expanding further into the crypto space by setting up a team to look into decentralized applications, cryptocurrencies, and blockchain.

According to a Nov. 10 tweet, Interchain Foundation council member Tess Rinearson will be leading a team at the social media company aimed at cryptocurrencies, blockchain, and decentralized technology. Rinearson said her team would be working with Twitter’s Bluesky project on a decentralized social media platform, as well “exploring how ideas from crypto communities can help us push the boundaries of what’s possible with identity, community, ownership and more.”

I’m thrilled to share that I’ve joined Twitter, to lead a new team focused on crypto, blockchains, and other decentralized technologies—including and going beyond cryptocurrencies.✨ pic.twitter.com/HaP0k5hUOq

The initiative, called Twitter Crypto — not to be confused with Crypto Twitter, which generally refers to the community of crypto users on the platform — will be hiring additional members with engineering and product skills. Based in Berlin, Rinearson said she had no plans to leave Germany, but would organize a “distributed and cross-cultural” team for the new project.

“As I build out the team, we’ll be working to figure out what crypto can do for Twitter, as well as what Twitter can do for crypto,” said Rinearson. “Twitter truly ‘gets’ crypto (hello bitcoin tipping & NFTs!) but there’s so much more to explore here.”

The announcement comes less than two months after Twitter first launched crypto tipping for its users through the Lightning Network using the Strike app. The platform’s roughly 200 million daily active users also have the option of adding a Bitcoin (BTC) address directly to their profiles.

Square and Twitter CEO Jack Dorsey has also proposed developing a decentralized exchange for Bitcoin as many in the space call for platforms and projects to avoid some of the problems of centralization. Recently, the former head of Microsoft’s Decentralized Identity team Daniel Buchner announced he would be leaving the tech company to join Square.