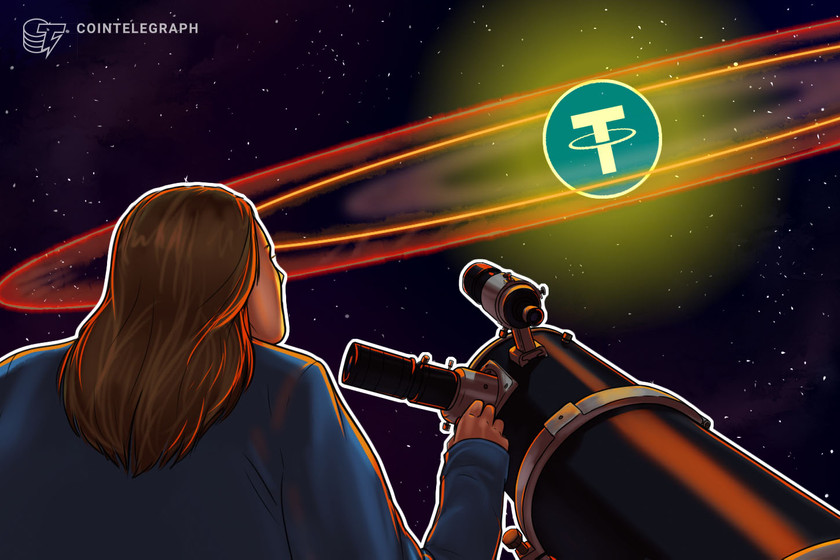 A new study by Protos claims that Tether flow is dominated by just two firms, Alameda Research and Cumberland.

Tether (USDT) has gone from being a renegade cryptocurrency to becoming the industry’s primary crutch during the last seven years, according to a new report.

Essentially, USDT is a bridge between traditional currencies like the U.S. dollar and decentralized digital currencies operating on open blockchain networks.

Independent crypto outlet Protos provided an in-depth insight into the most common stablecoin and the liquidity providers who supply it to cryptocurrency platforms.

According to the report, issued USDT is primarily acquired by just two market makers. Between 2014 and October 2021, Alameda Research and Cumberland received a projected $60.3 billion in USDT, accounting for almost 55% of all outbound volume ever. According to Protos, the closest competitor minted a few hundred million USDT.

Alameda Research, which is led by 29-year-old cryptocurrency billionaire Sam Bankman-Fried, acquired $36.7 billion, or nearly a third of all Tether produced. Cumberland Global, the world’s largest crypto liquidity provider, comes in second with $23.7 billion received. Cumberland is a DRW subsidiary, which was founded in 1992 and is regarded as one of the world’s major financial traders.

Protos states that Tether Treasury transferred $36.7 billion in USDT to Alameda Research, with $31.7 billion (86%) of it received in the last twelve months. This number equals approximately 37% of all outbound USDT volume.

According to the report, Tether sent over $30.1 billion (87%) of Alameda’s USDT to its cryptocurrency and derivatives exchange FTX. However, Alameda is also available on a variety of different cryptocurrency exchanges. The company received $2.1 billion (6%) on Binance, $1.7 billion (5%) on Huobi, and $115 million on OKEx. The remaining $705 million was transferred to non-exchange addresses.

Cumberland, on the other hand, received $23.7 billion in USDT. In the previous year alone, $17.6 billion in USDT (74%) was received from Tether Treasuries. This figure accounts for 22% of all outbound USDT volume ever recorded.

Protos notes Cumberland’s importance as a liquidity source and market maker for Binance, having been on the exchange since at least early 2019. Tether issued Cumberland $18.7 billion (79%) in USDT to Binance, with the rest going to other exchange platforms.

The liquidity provider received $131.5 million (less than 1%) on Poloniex, $9 million on Bitfinex and another $30 million on both Huobi and OKEx.

Tether remains the world’s largest stablecoin by market capitalization. However, the company’s token has been under scrutiny by regulators in recent times. As reported by Cointelegraph, the Commodity Futures Trading Commission (CFTC) levied fines totaling $41 million and $1.5 million against sister crypto firms Tether and Bitfinex for breaches of the Commodity Exchange Act and a prior CFTC order, respectively, on Oct. 15.