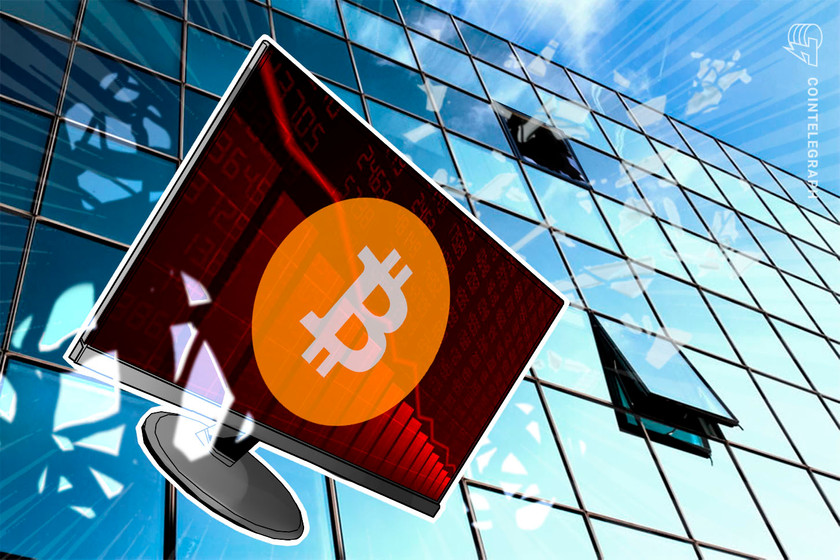 Macro factors are combining to make more and more analysts distinctly wary over where Bitcoin and altcoins are headed in 2022.

The pair had initially bounced at $42,000 but then renewed its descent, surpassing the floor seen in December’s liquidation cascade.

Among traders, the discussion focused on a similar event occurring, with targets even including a crash below September’s $30,000 lows.

“Could even go lower with a liquidation wick, below September lows,” popular Twitter trader Crypto Ed warned as part of his latest forecast.

While I would tolerate a fakeout to $39.333 intraday
this support right now $42,4k should hold DAILY pic.twitter.com/Qv69dekie9

Macro odds were stacked against both Bitcoin and crypto, commentators argued, headwinds coming from — among other things — events in Kazakhstan, home to an estimated 18% of Bitcoin hash rate.

Following mass internet outages across the country this week, hash rate estimates began to show an abrupt dip of around 20 exahashes per second (EH/s) from what were previously all-time highs of 192 EH/s — evoking last year’s Chinese miner exodus.

Among them was Arthur Hayes, former CEO of derivatives exchange BitMEX, who pointed at the United States Federal Reserve’s scheduled rate hikes and reduced asset purchases as souring the allure for risk-asset holders.

Easy money, he wrote in a fresh blog post released, is essentially drying up.

The money printer ain't going BRRR, so #crypto is about to get bludgeoned with a two-by-four studded with rusty nails. Read my essay "Maelstrom" to find out why.https://t.co/qUPq90W4qz pic.twitter.com/sKUA4i9dF5

“Given the law of large numbers, a simple resumption of the previous trend in asset purchases will not cause the growth of the money supply to suddenly and sharply accelerate. Therefore, while risky assets would rejoice — crypto included — the best case is that asset purchases slowly grind higher towards their previous all-time highs,” he claimed.

“Even if that happens, the only way the crypto markets would move up is if the Fed publicly turned on the taps, and then fiat flowed into crypto.”

It remains unknown when the Fed will raise rates, while purchase reductions have already begun.

What Happens If I Restore My Wallet

Monero Has Shown Surprising Resilience, Even at the Legal Level

I have been DCAing so hard i to Bitcoin during the downtrend that I’m in green again.