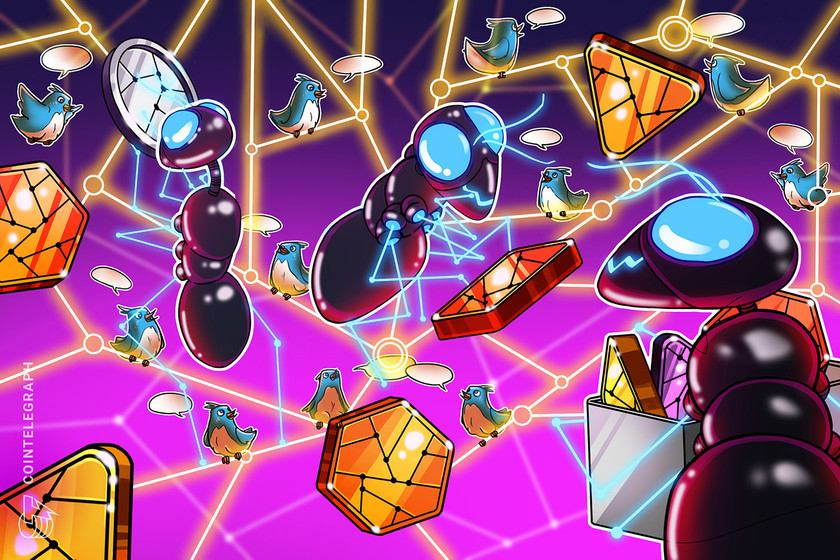 OpenSea transaction volumes are booming again, a certain influencer was “cancelled” and Madonna might be on the verge of buying a Bored Ape Yacht Club NFT.

There is no denying that pop culture has entered the NFT space in full force. The World of Women collection created by Yam Karkai has followed in the footsteps of Bored Ape Yacht Club (BAYC) by signing with a big-time Hollywood agent, and Madonna was propositioned to buy a blue chip NFT and she might be giving the offer serious consideration.

Many new entrants are influenced by celebrity endorsements, yet the community proclaimed “OGs” are bullish on “historical NFTs” and are allegedly not swayed by hype. However, when entrepreneur Gary “Vee” Vaynerchuk purchased “CrytptoSkulls,” a resurfaced 2019 “historical NFT” for 100 ETH, the market for pixelated skulls surged.

One of the 1/10 @Crypto_Skulls Skull Lords just sold to @garyvee for 100 ETH pic.twitter.com/PC2TXsFeVo

The current rise in attention around historical NFTs, begs the question: Is the historical relevance of the NFT/artifact where it derives its value or, is it just the hype around the narrative?

Some projects and entities make history, others go down with it.

The hype around history lures investors

On January 10, 2022, CryptoSkulls re-surfaced into the ether and quickly became relevant as several investors and influencers ran to the collection to take part in holding a piece of history.

Self-proclaimed NFT archeologists Adam McBride and Leonidas.eth are known for their extensive knowledge and advocacy of “historical” NFTs. These particular collectors are not keen on the notion of short-term flips, but instead see the long-term value in holding a historical NFT.

CryptoSkulls had been at the top of OpenSea in total volume for the last week but has lost its spot within the top 5 on the ranking charts. Nonetheless, the project closed out a total volume of $41.79 million on OpenSea alone.

Leonidas.eth sold the “historical blue-chip”, CryptoPunks, for CryptoSkulls, leaving other collectors wondering if this was some alpha they should get in on. According to CryptoSlam.io, the CryptoSkulls advocate has generated approximately 137 Ether ($444,500) from sales.

I'm so proud of the skull community for helping open the door to everything that came before them on the timeline. I'm all in on @Crypto_Skulls and historical NFTs and am not going anywhere.

What is dead may never die! pic.twitter.com/oOcxuz7lGr

Gary Vee, notably stole the show stating the importance of long-term plays with historical NFTs, suggesting they could be “the next CryptoPunks.”

The niche group of artifact-like NFT collectors warned against “hype,” yet there seems to be an influx of investors into the newly trending “historical NFTs,” especially after notable influencers reiterated their importance.

The question is, will historical NFTs last through the test of time? Or will they only periodically have their time in the spotlight for influencers to profit?

The World of Women effect

There seems to be growing popularity in showcasing female-led projects, especially after the World of Women (WoW) collection signed with Guy Oseary, the manager of Madonna and BAYC.

@guyoseary is now WoW's manager
We’re updating our IP rights to grant YOU complete ownership of your WoW!

More information on our Discord.

WoW entered the mainstream with renewed IP rights and captured the attention and support of celebrities like Reese Witherspoon, Eva Longoria, Gary Vee and Shonda Rimes.

Investors seem to be drawn by the celebrity line-up and WoW’s mission, as its largest sales occurred within days of each other. Notable sales were a 210 Ether and 260 Ether transaction.

Currently the NFT floor fluctuates between 8.6 Ether to 16.8 Ether and WoW has steadily cemented itself as a “blue chip” contender for NFT collectors.

World of Women has opened up space for other female-led projects such as Boss Beauties, Fame Lady Squad and Women Rise to share its spotlight and band in support. Each mentioned collection has seen a rise in both its unique holders and price. The average number of holders among these projects whose collections range from 8,888 to 10,000 pfps, is 4,800.

As more owners and co-owners of these women-led projects publicly support the successes of each other, some skeptics believe it’s merely a trend in time. However, with each passing milestone, these female projects seem to cement their place for being more than just “alpha” that will prove to be a profitable long-term investment.

Rug Radio aims to pave the way for media in Web3

Rug Radio states it’s the “first fully decentralized Web3 media company,” however, BanklessDAO was announced May 4, 2021, and it functions as a “media and culture DAO for crypto.” Integrating “guilds” that represent different areas for individuals to contribute, BanklessDAO has established a structure to properly reward contributors.

There’s a lack of clarity on the logistics of how Rug Radio will operate, but it has captured the liking of holders in each crowd’s favorite collections, including Doodles, CoolCats, DeadFellaz, CyberKongz, and yes, CryptoDickButts.

Pulling in collectors and investors from various projects suggests that RugRadio not only has strong support but could also have many potential perks up its sleeve.

Could the “Queen of Pop” be the next to come “a bored?”

What do Gary Vee, Guy Oseary and Madonna have in common? A shared interest in the Bored Ape Yacht Club. Recently, Bored Ape member Lindsey Byrnes casually tweeted at Madonna regarding her Bored Ape that is very reminiscent of the Pop icon’s “Justify my love” album cover.

Exactly two weeks after the tweet was sent, Madonna complimented Byrnes’s taste and left the ball in her court saying “’…Ape well chosen. Now what?” suggesting a possible sale.

@LindseyByrnes I’m glad you saved it for me.
Ape well chosen. Now what?

Despite falling from the top spot several times this week on OpenSea, BAYC’s daily average sale price has a 7-day average price being 94.5 Ether closing out over 11.8 Ether in volume roughly $28,626.68 at the current value of Ether.

It seems propositioning the Queen of Pop and her written consideration was enough to drive the collection up by 8.7% within the 24 hours of her sending out the tweet. Imagine the influence of Madonna rocking an ape, or could it possibly be a top signal?

Beanie was revealed and then canceled

It would not be crypto Twitter without a bit of controversy. Last week, Twitter account NFT Ethics (@NFTethcs) brought forth a lengthy dossier that sparked awareness of the supposed unscrupulous business practices of a popular Web3 investor and NFT trader known as Beanie. Infamously, known for his contentious attitude, Beanie notably has ruffled a few feathers and apparently scammed others.

1/ In this thread we will disclose the identity of one of the (currently) most (in)famous NFT influencers. But before we do that, we first explain our (philosophical) justifications and provide some important disclaimers.

Given the nature of the blockchain and maintaining true to the spirit of Web3, NFT Ethics dug through Beanie’s past and the projects he has allegedly invested in. Specifically looking into Monkey Bet DAO by “invariant Labs,” Beanie’s affiliation and investment behavior went from questionable to heightened suspicion as to whether this was the truth.

Raising critical questions and concerns regarding Beanie’s association with RGT, ultimately led to him swinging an iron hammer of “Fudder bans”— a tactic used to manipulate the information shared, and according to him, preserve the “vibe.”

16/ Many OG holders asking critical questions about the project were banned from the Discord. And when Beanie was asked whether he knew RGT, he denied ever having heard of it (see screenshots). But, in actual fact, it turns out he is the owner of RGT. pic.twitter.com/rjhvuK8fyC

Upon further inspection, Owlman, the person whose project Beanie decided to invest a “small amount” in, was found to be the general manager of RGT, and not the developer Beanie had proclaimed them to be.

43/ One of the largest and most prominent crypto scams he has been involved in is the case of TokenPay (TPAY), whereby he pretended again to be an investor, but really was suspected to be acting as the CEO behind the screens. He wrote the WP foreword, see: https://t.co/Oe2utTitIz

As more information was revealed, a convoluted picture of deceit and potentially criminal acts was painted. Given Beanie’s infamous track record and history, some investors are rejoicing on what they intuitively suspected, while others are showing remorse.

Only time will tell what will come of these allegations, but the controversy has shed some light on how much investors have to lose when blindly listening to anonymous influencers. While not all will use their influence to con others, history can teach us that this particular tiger might not change its stripes.