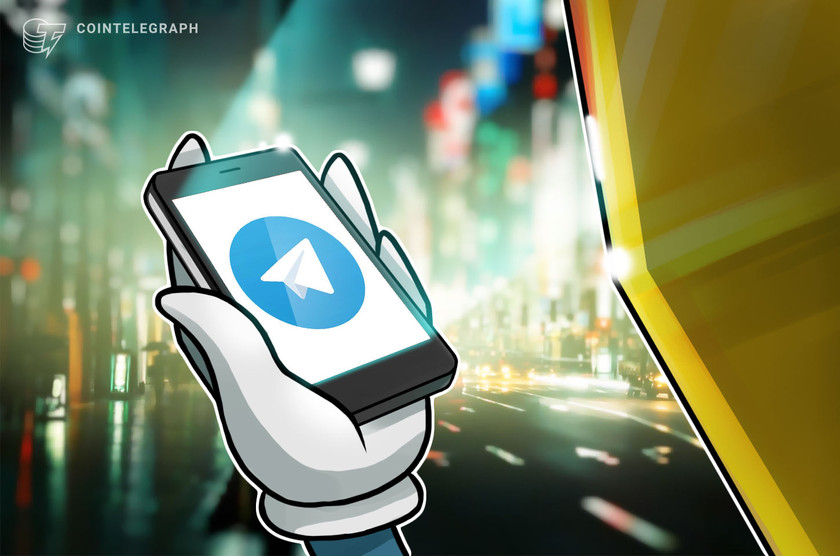 As told via a Twitter post on Tuesday, instant messaging app Telegram has rolled out crypto payments via Ton Token.

To access the feature, users first need to download and install Telegram’s official Wallet bot, which allows them to purchase cryptocurrency by bank card, exchange and transfer to other wallets. According to the company, they can then send Bitcoin (BTC) or Toncoin to other users by clicking on the “Wallet” icon in direct messages.

You can now send #Toncoin directly within Telegram chats!

It’s a new way to send Toncoin without transaction fees to any Telegram user. With this service, you’ll no longer need to enter long wallet addresses and wait for confirmations.

Watch the video and test the new feature! pic.twitter.com/EtXSMFtJj6

Ton stands for Telegram Open Network and was created by the namesake company in 2017 for decentralized services such as decentralized storage, anonymous networks, DNS, instant payments and others using a proof-of-stake mechanism. Cointelegraph previously reported that Telegram abandoned Ton in May 2020, following a lengthy battle with the U.S. Securities and Exchange Commission.

The decision came as the SEC alleged that the company sold unregistered securities to the public through its initial coin offerings. To complicate the matter, a New York judge had previously ruled that the company cannot distribute Grams, a token likened to Ton, to investors outside of the United States.

Shortly after Telegram developers made their exit, crypto enthusiasts from around the world quickly took over the reins and launched the free Ton network with its own mainnet, based on Ton technology.

My Permissionless presentation on how Coinbase is building for web3

“Who would have ever thought that hyperbitcoinization would taste like pupusas?” – Stacy Herbert