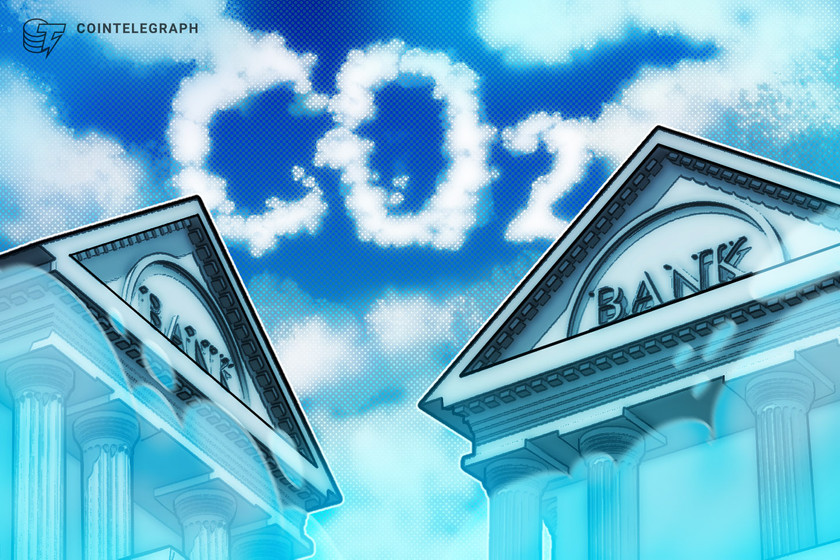 Bitcoin mining’s climate impact has been heavily criticized, but the emissions of corporate cash and investments have often flown under the radar.

The Carbon Bankroll Report was released on May 17 as a collaboration among the Climate Safe Lending Network, The Outdoor Policy Outfit and Bank FWD. The collaboration made it possible to calculate the emissions generated due to a company’s cash and investments, such as cash, cash equivalents and marketable securities.

The report revealed that for several large companies, such as Alphabet, Meta, Microsoft and Salesforce, the cash and investments are their largest source of emissions.

The energy consumption of the flagship proof-of-work (PoW) blockchain network, Bitcoin, has been a matter of debate in which the network and its participants, especially miners, are criticized for contributing to an ecosystem that might be worsening climate change. However, recent findings have also brought the carbon impact of traditional investments under the radar.

Bitcoin is often vilified due to “imagery”

The Carbon Bankroll Report was drafted by James Vaccaro, executive director at the Climate Safe Lending Network, and Paul Moinester, executive director and founder of the Outdoor Policy Outfit. Regarding the impact of the report, Jamie Beck Alexander, director of Drawdown Labs, stated:

“Until now, the role that corporate banking practices play in fueling the climate crisis has been murky at its best. This landmark report shines a floodlight. The research and findings contained in this report offer companies a new, massively important opportunity to help shift our financial system away from fossil fuels and deforestation toward climate solutions on a global scale. Companies that are serious about their climate pledges will welcome this breakthrough and move urgently toward tapping this lever for systematic change.”

A few metrics that the report highlighted regarding the climatic impact of the banking industry include:

Cointelegraph spoke with Cameron Collins, an investment analyst at Viridi Funds — a crypto investment fund manager — about the reasons behind the excessive vilification of the Bitcoin network. He said:

“It’s easy to picture a warehouse of high-performance computers sucking down power, but it’s not so easy to picture the downstream effects of cash in circulation financing carbon-intensive activities. More often than not, it’s this imagery that demonizes Bitcoin mining. In reality, the entire banking system uses more electricity in operations than that of the Bitcoin mining industry.”

In addition to the portrayed “imagery,” there have been various efforts to track the exact energy consumption of operating the Bitcoin network. One of the most widely accepted metrics for this complex variable is calculated by the Cambridge Center for Alternative Finance and is known as the Cambridge Bitcoin Electricity Consumption Index (CBECI).

At the time of writing, the index estimates that the annualized consumption of energy by the Bitcoin network is 117.71 terawatt-hours (TWh). The CBECI model uses various parameters such as network hash rate, miner fees, mining difficulty, mining equipment efficiency, electricity cost and power usage effectiveness to compute the annualized consumption for the network.

The growth in the number of participants and related activity on the Bitcoin network is evident in the monthly electricity consumption of the network. From January 2017 to May 2022, the monthly electricity consumption has multiplied over 17 times from 0.62 TWh to currently standing at 10.67 TWh. In comparison, companies such as PayPal, Alphabet and Netflix have witnessed their carbon emissions multiplied by 55, 38 and 10 times, respectively.

Collins spoke further about the perception of the Bitcoin network that could be changed in the future. He added that if more people approached Bitcoin (BTC) mining as a financial service as opposed to mining, sentiment surrounding PoW networks might begin to change, and the public may appreciate it more as an essential service as opposed to a reckless gold rush. He also highlighted the role of thought leaders in the community in conveying the true nature of Bitcoin mining to policymakers and the public at large.

Working together to solve the energy problem

Recently, there have been several examples of the Bitcoin mining community collaborating with the energy industry — and vice-versa — to work on methodologies beneficial for both parties. The American Energy company, Crusoe Energy, is repurposing wasted fuel energy to power Bitcoin mining, starting in Oman. The country exports 23% of its total gas production and aims to reduce gas flaring to an absolute zero by 2030.

Cointelegraph spoke to Bryan Routledge, associate professor of finance at Carnegie Mellon University’s Tepper School of Business, about the comparison between the carbon emissions from Bitcoin and traditional banking.

He stated, “Bitcoin (blockchain) is a record-keeping technology. Is there another protocol that would be comparably secure but not as energy costly as PoW? There are certainly lots of people working on that. Similarly, we can compare Bitcoin to record-keeping financial transactions in regular banks.”

The block reward for mining a block of Bitcoin currently stands at 6.25 BTC, over $190,000 as per current prices, and the current average number of transactions per block stands around 1,620 as per data from Blockchain.com. This entails that the average reward of one transaction could be estimated to be over $117, a reasonable reward for a single transaction.

Routledge further added, “Traditional banks are a far larger size and so, in aggregate, have a large impact on the environment. But for many transactions, there is a much lower per-transaction cost — e.g., an ATM fee. BTC has lots of benefits, arguably. But surely becoming more efficient seems an important step.”

Since gauging the true impact of Bitcoin is not really a quantifiable effort due to the significant change that the technology and the currency represent, it is important to remember that the energy consumption of Bitcoin can’t be vilified in an isolated manner. The global financial community often tends to forget the high impact of the current banking system that is not offset by corporate social responsibility and other incentives alone.

Half way there!! As soon as I get to 1 coin I’ll take it off the exchange and hodl long long term.!