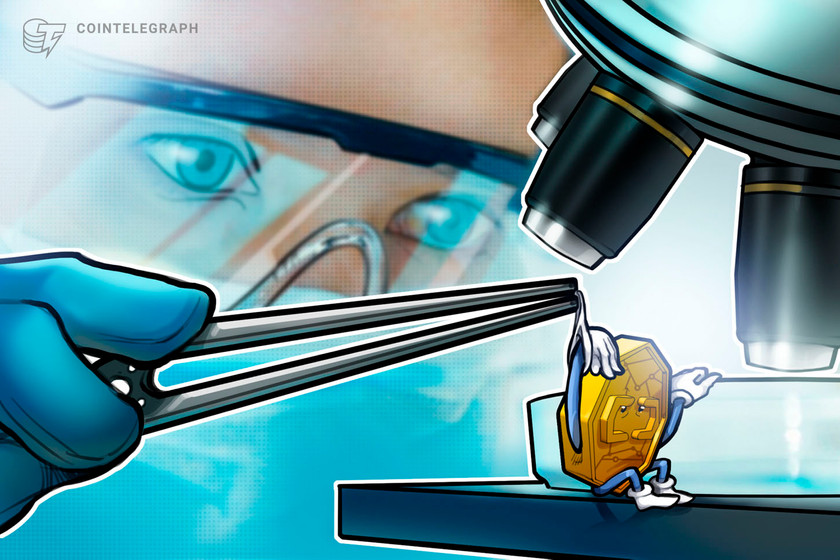 Analytics platform Nansen showed that one of the funds that capitalized on the UST depeg has started to transfer large amounts of USDD.

While the market has not yet fully recovered from the onslaught caused by the TerraUSD (UST) depeg, another stablecoin project shows signs of distress, causing fears and speculation within the community.

Stablecoin protocol USDD’s price dipped to $0.97 on major crypto trading platforms on Monday. Because of this, the market started to keep an eye on the project with fears that the project will follow the footsteps of Terra (LUNA). CurveSwaps, a bot that monitors large asset transfers flagged that $1 million USDD was recently swapped to 997,339 Tether (USDT).

On the other hand, blockchain analytics platform Nansen has also detected that one of the funds that capitalized on the UST depeg has started actively transferring larger amounts of USDD and other stablecoins. Nansen_intern tweeted:

Oapital (labelled on @nansen_ai), one of the funds involved in capitalising off of the $UST de-peg is now actively making large transfers of $USDD and other stables.

Looking at data regarding USDD’s collateralization, researcher Resdegen argued that looking at the stablecoin’s backing, USDD is only 92% collateralized. Without considering Tron (TRX), the ratio falls down to 73%.

If you subtract $TRX, it turns out collateralization ratio is currently 73%

Also, the 140M $USDT are not really USDT, but jUSDT pic.twitter.com/fKYaIQEd1D

In response to the “extreme market conditions,” the Tron DAO Reserve recently announced that it received 700 million USD Coin (USDC) to defend the USDD peg. With this in play, the team behind the stablecoin explained that the collateralization ratio of USDD is now boosted to 300%.

In May, the USDT-dollar peg also showed signs of wobbling, as the stablecoin traded below $0.99 on some exchanges. However, Paulo Ardoino, the chief technology officer of Tether, assured users that, unlike other stablecoins, the project holds a “strong, conservative and liquid portfolio,” explaining that they are capable of maintaining USDT’s dollar peg.

In the same month, DEI, the dollar-pegged stablecoin by Deus Finance also failed to maintain its peg. The algorithmic stablecoin took a dive around $0.52 cents, dropping from $100 million in market capitalization to $52 million.

The UK 'Bitcoin Adventure' shows BTC is a family affair

Hodlers and whales: Who owns the most Bitcoin in 2022?

Bitcoin isn’t about getting rich quick despite 90% of you treating it that way. It’s about protecting your money and time from the hands of government and banks.