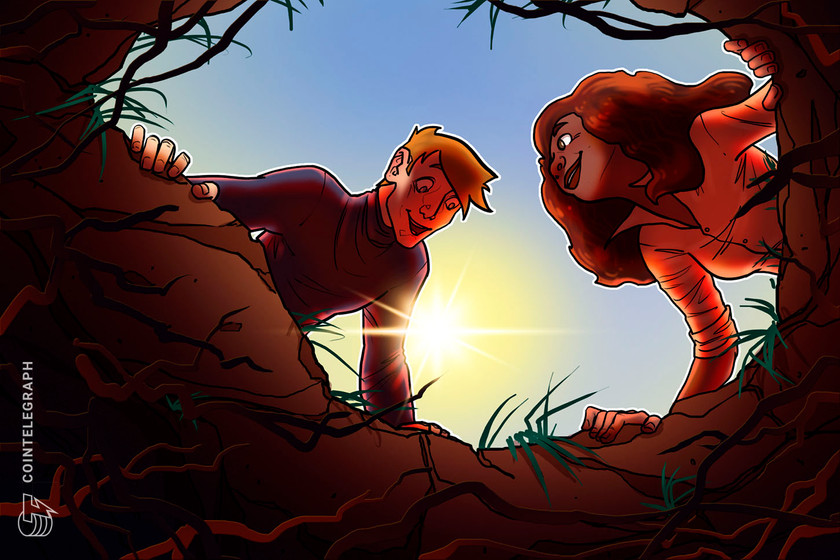 The selling pressure in the Bitcoin market is not as bad as it was during the Terra and Three Arrows Capital crises.

Bitcoin’s (BTC) price may climb by more than 50% in September, a month otherwise considered ominous for the cryptocurrency due to its poor historical returns.

BTC price double-bottom and then to $30K?

The conflicting upside signal comes from a potential double-bottom pattern on Bitcoin’s longer-timeframe charts against the United States dollar. Double-bottoms are bullish reversal patterns that resemble the letter W due to two lows and a change in direction from downside to upside.

Bitcoin’s decline below $20,000 in July, followed by a sharp recovery toward $25,000 and a subsequent return to the $20,000 level in August, partially confirms the double-bottom scenario. The cryptocurrency would complete the pattern after rebounding toward $25,000.

A W-shaped price move in an ideal scenario could be followed by another sharp move higher — a double-bottom breakout.

Meanwhile, a double-bottom’s upside target is found after measuring the distance between the pattern’s peak (neckline) and lowest levels and adding the outcome to the breakout point, as illustrated below. In other words, a potential 50% price rally.

As a note of caution, double-bottom setups carry a small degree of failure risks, about 21.45%, according to Samurai Trading Academy’s study of popular charting patterns.

Market slips back into “extreme fear“

Originally, BTC’s descent to $20,000 started after Federal Reserve Chair Jerome Powell reasserted his hawkish stance on inflation at Jackson Hole last week. It further prompted the Bitcoin market sentiment to fall into the “extreme fear” category, according to the popular Fear and Greed index, or F&G.

The market is not enjoying $BTC hanging around $20k. Back into Extreme Fear today.

But, to Philip Swift, creator of Bitcoin data source LookIntoBitcoin, the market sentiment is not as fearful as it was in June due to a “huge amount of forced selling” at now-defunct crypto hedge fund Three Arrows Capital and the stablecoin project Terra.

“The F&G score is nowhere near as intensely fearful as it was back when the score dropped to as low as 6; it is currently at 23,” Swift explained, adding:

“There was blind panic back then, whereas we are currently in a period of apathy where people are tired of the bear market and are more interested in their summer holidays and/or the cost of living crisis.”

The statement aligns with Bitcoin investors selling their holdings at a $220 million daily average loss, according to data tracked by Glassnode.

“Investor psychology appears to be one that is keen to simply ‘get my money back,’ with a great degree of spending taking place at and around their cost basis,” the on-chain analytics firm stated in its latest weekly report, adding that the Bitcoin bulls are fighting an uphill battle.

Related: UBS raises US recession odds to 60%, but what does this mean for crypto prices?

That includes whales, entities that hold anywhere between 1,000 and 10,000 BTC. They have been accumulating Bitcoin lately as the price wobbles around $20,000, according to data resource Ecoinometrics.

For sure that won't cancel the bear market but apparently some people love #Bitcoin at $20k. pic.twitter.com/7oQmAZ4T5K

“In this bear market, you want to either dollar cost average in a position or straight up buy the dip and wait,” wrote Nick, an analyst at Ecoinometrics.