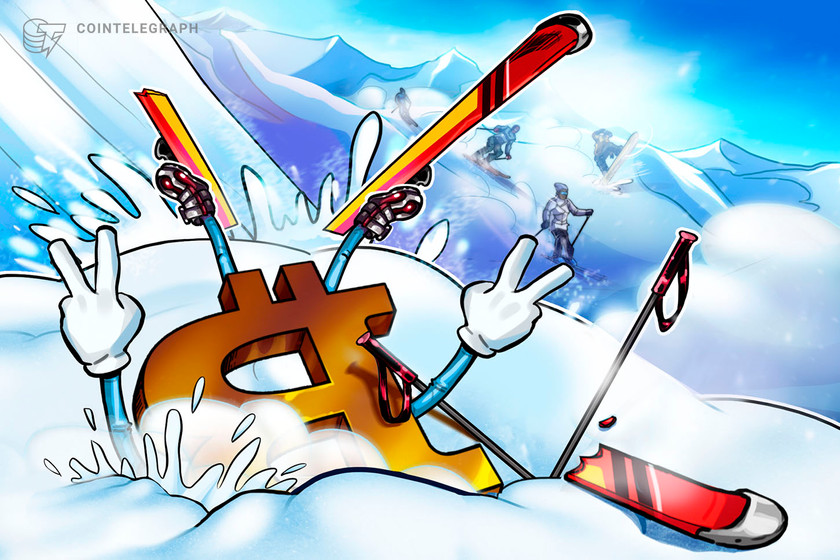 The winter of 2022-2023 is more than a headache for politicians and EU citizens — crypto hodlers worldwide may see a tangible impact, says Decentrader’s Filbfilb.

Bitcoin (BTC) could dive another 50% from current levels if the upcoming winter proves a major test for Europe.

That was the conclusion of a veteran crypto market analyst this week, with BTC/USD failing to reclaim $20,000 support.

In an interview with Cointelegraph, Filbfilb, creator of trading suite Decentrader, forecast a potential BTC price bottom coming in at as low  $10,000 in 2022.

As the European energy crisis intensifies, risk assets face a major test, he believes, and the extent to which crypto suffers depends considerably on how diplomacy can win out to avert a major emergency into 2023.

The figures are not just pie in the sky; at the height of the last halving cycle’s bear market in 2018, Filbfilb perfectly timed the market bottom as BTC/USD put in a floor of $3,100.

Cointelegraph reached out for more details on how the coming cold season might impact an already fragile Bitcoin trading environment.

Cointelegraph (CT): You pretty much nailed the $3,100 bottom last cycle. Is another leg down likely and what price do you think is justifiable as a bottom this time around?

Filbfilb (FF): As it stands, the price of Bitcoin is heavily correlated to the “legacy” markets, in particular the NASDAQ, which we know is under huge pressure due to the Federal Reserve’s monetary policy. So this time “it’s a bit different” due to the high correlation and external economic forces.

A lot rests on the winter and dynamic with how Europe deals with the winter; I expect a bad winter dynamic to result in testing the previous volume range highs of $10,000-$11,000. Dialogue between NATO and Russia seems imperative with what happens next; the sooner that happens, the higher the low for Bitcoin.

CT: How is the current cycle different from the previous bear market? Is macro playing a much bigger role this cycle?

FF: As mentioned above, the correlation with “legacy” is paramount; Bitcoin has not existed in a stiff inflation push economy and it is behaving as a risk-on asset rather than an inflation hedge. Therefore, it is different this time to some extent. However, we are correcting within the normal timeframe and the usual percentage change to normal for where we are. So it’s “same, same but different” for now.

CT: You recently said that a “Q1 rally seems really obvious.” What makes you so certain?

Firstly, if you use the Bitcoin cycle starting point being the actual halving-of-supply emission date, Bitcoin normally exits the bear market after 1,000 days or so, which would be Q1, after which the new narrative begins.

Secondly, we will be past the winter; from a game theoretical point of view, it seems likely that if things are bad but Europe navigates the winter economically, then things will look very positive for most of the following year, whereas if things are bad, it increases the probability of dialogue, which I mentioned would bring stability short term. This could be positive thinking so I would give a 2/3 chance of this scenario.

CT: What’s your take on Ethereum switching to Proof-of-Stake? Does it boost its value proposition in the long term?

FF: Tricky question; only time will tell, but the reduced emission of coins should be a catalyst for value.

CT: Are you bullish on ETH/BTC (and altcoins) with the Merge approaching in about two weeks? Or will this be a sell-the-news event?

FF: I am bullish on ETH generally. It is effectively similar to a halving effect. History tells us that we rally into these types of events and then dump shortly after, but the overall direction will be up.

I’m bought into this idea, but the big elephant in the room is the CPI data which drops around the same time. A lot will rest on that; positive CPI data and a sell-the-news event means BTC might outperform short term, but over the next cycle, the case for ETH is pretty strong if all goes well.

CT: Were you surprised at the 3AC collapse? Is the systemic risk still here?

FF: I was surprised that those providing funding did not do their due diligence on the arrangement beyond speculation. However, running a business in a space that has grown exponentially results in corner cutting, so it’s not that surprising.

Naivety is probably the way to look at it; everyone believed their own hype and overlooked risk. It’s shameful for those finance professionals involved who should have put risk first over growth. We know the volatility in crypto; to overlook this is amateur at best, negligent at worst — given the values involved, it’s probably the latter.

CT: Will this September be when the Fed is supposed to be draining more dollar liquidity via quantitative tightening (QT)?

FF: Yes, I think they will show that the Fed has strength and they will raise rates on good news or bad. Good news gives them scope to do so; bad news means they need to.

CT: Will it negatively affect the BTC price going into 2023?

FF: Depends on the winter in the EU. Everyone forgets the relationship between the EU and U.S. — if the EU gets a hammering, then the U.S. will suffer; imports will be expensive and demand will suffer.

Let’s see how the winter goes.

If only there was a solution for this…