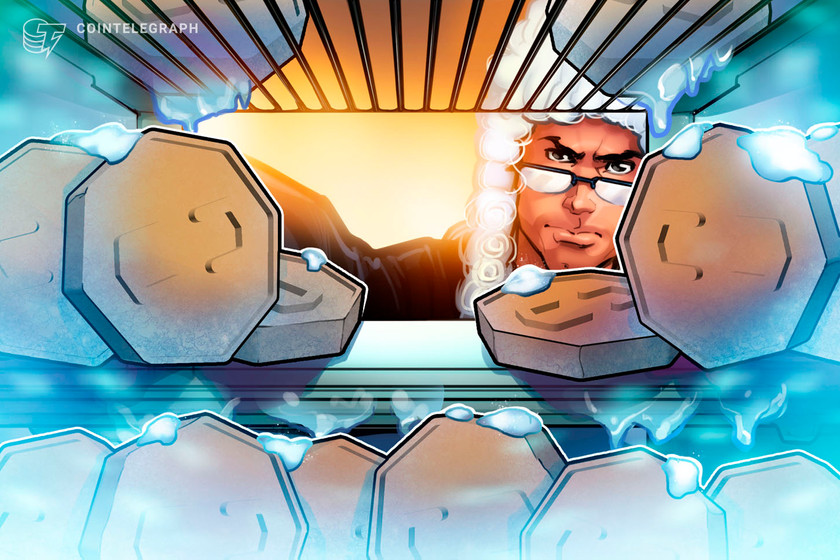 The latest discovery in the long-drawn Terra ecosystem saga contradicts many of Do Kwon’s early claims.

Kwon, who is currently on the run from the Korean authorities in the securities violation case, reportedly created a new wallet on Sept. 15, just a day after a Korean court issued an arrest warrant against the fugitive crypto founder.

According to the crypto analytic group Cryptoquant, a new BTC wallet was created under the name of Luna Foundation Guard (LFG), and a total of 3,313 BTC was then transferred to the KuCoin and OKX exchange.

KuCoin received a total of 1,354 BTC, which were frozen immediately after the transfer, while OKX has reportedly ignored authorities’ requests. Thus, a total of 1,959 BTC couldn’t be frozen and could have been moved to other platforms.

Cointelegraph reached out to both crypto exchanges for confirmation but didn’t get a response at press time.

The movement of BTC from the LFG wallet raised many eyebrows as it contradicts Kwon‘s early claims of having used all the BTC in tLFG reserves to defend the TerraUSD Classic (USTC) peg.

Prior to the issuance of his arrest warrant on Sept. 14, Kwon claimed that he was neither under investigation nor had he been contacted by any authorities, despite numerous reports of several investigations in South Korea. However, right after the arrest warrant was released, Kwon reportedly fled Singapore, forcing authorities to seek help from Interpol.

On Sept. 26, Interpol issued a red notice against Kwon, confirming his fugitive status. However, despite all the evidence and an international notice against him, Kwon continues to tweet every now and then, claiming otherwise.

Tried to search it here, found nothing: https://t.co/SuX3aIu6r6

The $40 billion Terra ecosystem collapse led to a crypto market rout that wiped out nearly a trillion dollars from the crypto market. Even after such mayhem, Kwon continued to garner support from some sections of the community as he claimed innocence and maintained he has lost everything in the collapse.

This Historic Bitcoin On-Chain Support Level Is Still Not Lost

At my business Im ready to accept Bitcoin as payment for transactions $20 or less. Im thinking of creating a company hot wallet(open source), and transferring balances to a private wallet at the end of each day. Any other advice on how to do this safely?