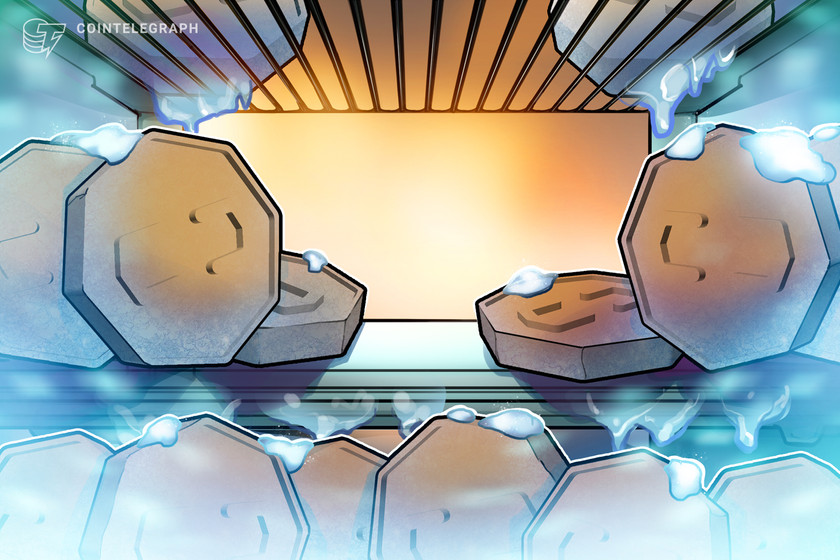 Galois Capital, New Huo Technology, and Nestcoin are just some of the crypto firms with funds stuck on FTX as the exchange undertakes bankruptcy filings in the United States.

The collapse of the cryptocurrency exchange FTX continues to have knock-on effects throughout the crypto industry with multiple crypto-focused companies reporting significant amounts of their capital stuck on FTX.

Between Nov. 11 to 14 three crypto companies announced large losses with one of them having to lay off workers to deal with the crisis.

On Nov. 11, crypto hedge fund Galois Capital announced it had “significant funds” stuck on FTX, with a Nov. 12 Financial Times report that said a possible $50 million worth of Galois’ assets were stuck on the exchange.

Other crypto-focused companies have reported their funds arestuck on the now-bankrupt exchange.

New Huo Technology, the owner of the Hong Kong-based crypto platform Hbit Limited announced on Nov. 14 it failed to withdraw $18.1 million worth of cryptocurrency before FTX stopped processing withdrawals.

$13.2 million of this loss are digital assets owned by Hbit users with the company saying it would continue to take steps to “withdraw the cryptocurrency as soon as possible,” bit admitted due to FTX’s bankruptcy filings the crypto “may not [be] able to be withdrawn from FTX.”

According to the announcement, Li Lin, the controlling shareholder of the company and founder of the Huobi crypto exchange agreed to loan up to $14 million to the company for it to use in processing withdrawals. However, the company does not yet know what the financial impact of FTX’s bankruptcy will be if it is never able to withdraw the funds.

Nigerian Web3 startup Nestcoin also announced it failed to withdraw funds from FTX with the company’s CEO, Yele Bademosi, posting to Twitter on Nov. 14 a letter previously shared with investors.

The letter detailed that Nestcoin will lay off workers “as we held our assets (cash and stablecoins) at FTX to manage our operational expenses” and it no longer has the funds to pay some staff.

An update shared with our investors earlier today on the FTX incident and its impact on @Nestcoin. pic.twitter.com/0Mjo4SYF7R

Previously crypto data aggregator platform CoinGecko warned on Nov. 13 that layoffs across the crypto sector could increase in the coming months when the “full impact” of FTX’s sudden collapse takes effect.

Related: Will SBF face consequences for mismanaging FTX? Don’t count on it

On November 11, FTX said roughly 130 companies in its FTX Group including its United States entity FTX.US and sister trading firm Alameda Research declared they would file for bankruptcy in the U.S. after FTX suffered a liquidity crisis and was unable to process user withdrawals, leaving its customers without access to their funds held on the exchange.

Its Bahamas-based subsidiary, FTX Digital Markets had its assets frozen by the local securities regulator on Nov. 10 and liquidators appointed to safeguard its funds while the bankruptcy proceedings are undertaken.

A proposal to Satoshi or Early adopters: Biggest incentive in history to Bitcoin LN Node owners