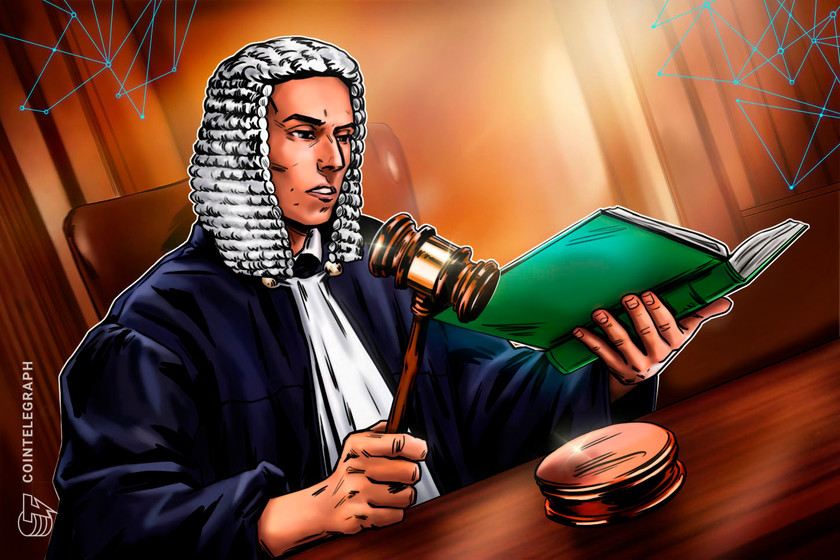 The funds are made up crypto held within custody accounts on Celsius that had not been transferred from earn accounts.

A federal judge has ordered crypto lender Celsius to return crypto worth around $44 million to the platform’s custody program customers.

According to Bloomberg, the verbal order was delivered by United States Bankruptcy Judge Martin Glenn in a Dec. 7 hearing, with the judge noting:

The amount — which applies only to crypto held within custody accounts — is a tiny fraction of the billions Celsius owes creditors, and the latest decision comes after an agreement was reached between Celsius advisers and stakeholders that crypto deposited in the custody accounts belonged to its users and not the platform.

It is important to note that this order only applies to pure custody assets — those that have never touched Celsius’ Earn accounts and have only ever been held in the custody program.

Celsius held over $210 million in custody accounts as of Aug. 29, but only around $44 million of funds fit within the latest order’s criteria.

On the other hand, Celsius’ Earn accounts, which are the accounts that enabled depositors to earn interest is where the majority of the $4.7 billion worth of user funds is currently being locked up.

Celsius has argued that users who deposited funds within its earn accounts gave up ownership of the funds when they agreed to the company’s terms of service, and a Dec. 5 Bloomberg report suggests that Celsius is looking to sell $18 million of stablecoins held in these accounts to fund its reorganization with Glenn set to address the issue of fund ownership on Dec. 12.

Meanwhile, on Dec. 5 the lender received approval from the judge for a $2.8 million key employee retention program (KERP) which it filed on Oct. 11.

#CELSIUS HEARING LIVE: KERP is approved. Discussing Celsius Exclusivity now. K&E talking about the Feb 15 compromise. Expanding that the auctions and plan formation are all in coordination with the UCC and they are cognizant of the level of frustration in the community.

The bonuses will be payable to select employees, and are intended to ensure its employees remain with the firm so that it may continue its limited business operations.

Celsius employees have been quitting in droves, with only 170 remaining with the firm compared to the 370 it had when it first started the bankruptcy proceedings.

Shell, the world’s second-largest investor-owned oil and gas company, is sponsoring the Bitcoin conference. It is a big deal. Sooner or later, the other giants of the energy industry will adopt Bitcoin. Bitcoin has too much to offer to be ignored forever.