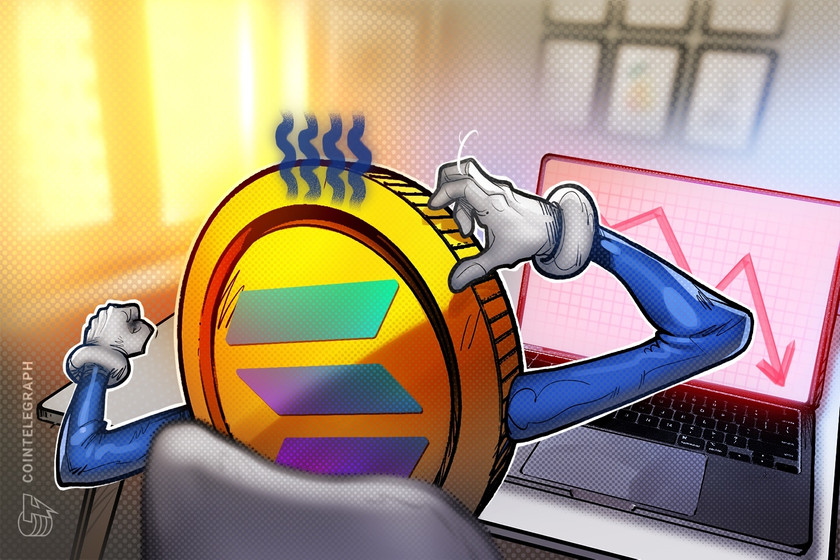 SOL price jumped 20% after falling to its worst level since February 2021 with Solana’s technicals suggesting that more upside is possible.

Solana (SOL), the cryptocurrency once supported by Sam Bankman-Fried, pared some losses on Dec. 30, a day after falling to its lowest level since February 2021.

On the daily chart, SOL’s price rebounded to around $10.25, up over 20% from its previous day’s low of approximately $8.

Nevertheless, the intraday recovery did little to offset the overall bear trend — down 97% from its record peak of $267.50 in November 2021, and down over 20% in the past week.

But while the year has been brutal for markets, Solana now joins the ranks of the worst-performing tokens of 2022, namely FTX Token and LUNA, which are down around 98%.

However, the latest Solana price rebound hints at the possibility of more upside heading into 2023.

That is primarily due to Doji — a candlestick pattern that forms when the asset opens and closes near or at the same level in a specific timeframe. SOL formed what appeared to be a “standard Doji” on its daily chart on Dec. 29.

Traditional analysts consider a Doji as a potential reversal candlestick pattern, given it shows that bears and bulls are at a a stalemate. Therefore, from a technical perspective, a Doji formation during a long uptrend period could suggest a bearish reversal in the making, and vice versa.

SOL’s Doji has appeared after a long downtrend period, as shown in the daily chart below. That, coupled with the token’s oversold (<30) relative strength index reading, suggests that an extended bullish reversal may happen in 2023.

Solana has emerged as one of 2022’s worst-performing cryptocurrencies, with its year-to-date losses near 97%. In comparison, the total cryptocurrency market cap has dropped onl 65% in the same period.

Related: ‘Everything bubble’ bursts: Worst year for US stocks and bonds since 1932

Several reasons could explain SOL’s underperformance in 2022 such as a hawkish Fed, Solana’s recurrent downtimes, a $200 million hack on one of its associated wallets, and probable FTX exposure.

Earlier in December, Anatoly Yakovenko, the co-founder of Solana Labs Inc., clarified that nearly 80% of projects on Solana’s blockchain had no exposure at all to FTX, stating that there’s more to their platform than the defunct crypto exchange.

My friends just told me a story and I’m wondering if anyone has any ideas on how to help them.

ConsenSys CEO: 'We've retained virtually all of our capabilities' after job cuts