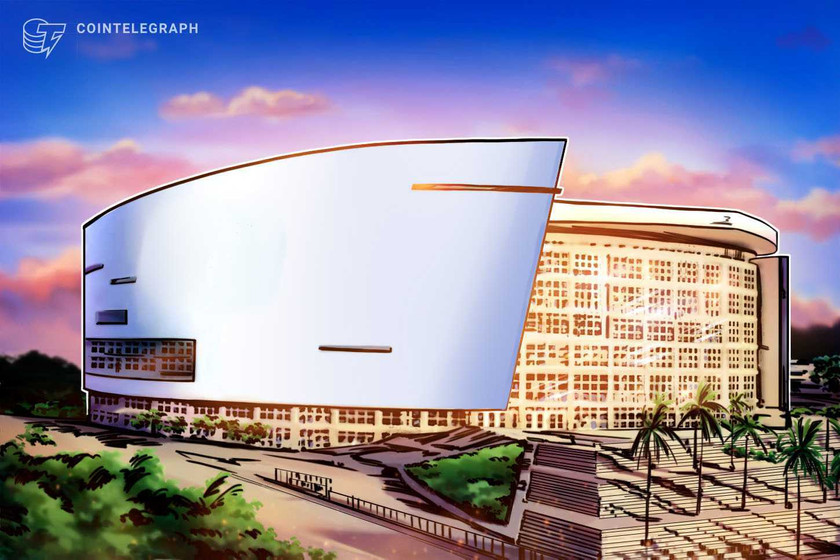 County officials negotiated with the crypto exchange in 2021 to name Miami Heat’s arena FTX Arena until 2040, for $135 million.

Miami-Dade County will soon start to remove FTX’s advertising brand from the NBA’s Miami Heat arena, after granting the right from a United States bankruptcy judge in Delaware on Jan. 11, the Associated Press reports.

County officials negotiated in 2021 a $135 million deal with the crypto exchange for renaming rights to the Miami Heat’s arena as FTX Arena until 2040. A number of entrances, the roof of the arena, the basketball court, the security polo shirts, as well as many of the cards employees use to access the facility are branded with FTX logos.

Following FTX’s bankruptcy filing, officials in Miami-Dade filed on Nov. 22 a motion to terminate the naming rights agreement. As part of that deal, the Heat were to receive $2 million annually beginning in June 2021. January 1 was the due date for the last payment, which should have been $5.5 million.

Sport sponsorship deals were one of FTX’s key marketing strategies. One of the partnerships included a deal with a Mercedes-backed Formula 1 international racing team, the naming rights to Cal Memorial Stadium in Berkeley, California, as well as endorsements from NFL quarterback Tom Brady.

Related: FTX has recovered over $5B in cash and liquid crypto: Report

In another hearing held by judge John T. Dorsey, an attorney representing the collapsed crypto exchange stated that FTX has “recovered $5 billion in cash and liquid cryptocurrencies.”, although its liabilities reach $8.8 billion. Additionally, Judge Dorsey approved a request to keep the names of FTX’s clients secret for three months.

Roughly 130 companies in FTX Group — including FTX Trading, FTX US, under West Realm Shires Services, and Alameda Research — filed for bankruptcy in the United States on Nov. 11, following the crypto exchange’s “liquidity crunch” and dramatic collapse.

Bitcoin on the Rise

Anyway to combine separately signed PSBTs into one PSBT?

‎Damus on iOS is live. It’s a Nostr client. For those unfamiliar Nostr protocol is for censorship resistant social media with a built in connection for Lightning Network wallets.